CLOUD Experiment: How it works

What Jasper Kirkby doesn’t talk about in the above video is that when the Hadron Collider is fired up at full luminosity it creates an energy field 100,000 times more powerful than that of the earths magnetic field.  When this happens the earths magnetic field is overpowered and rendered useless. This protective field surrounding our planet serves to deflect most of the incoming ultraviolet radiation, cosmic rays and solar particles back out to space which would otherwise strip away the ozone layer. Cosmic rays play a major part in cloud creation. By ionizing the air, cosmic rays help to form aerosols that grow into cloud condensation nuclei, required for water droplets to condense and create low-altitude clouds. So in other words every time Cern powers up there are artificial clouds being created all over the planet as a result. Cerns interest in cloud creation is something that has never been largely publicised and has been well hidden from public knowledge by mainstream media. The Cern Hadron Collider is a weather weapon of mass destruction amongst many other things. 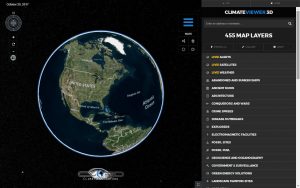 US Air Force admits they can control the weather